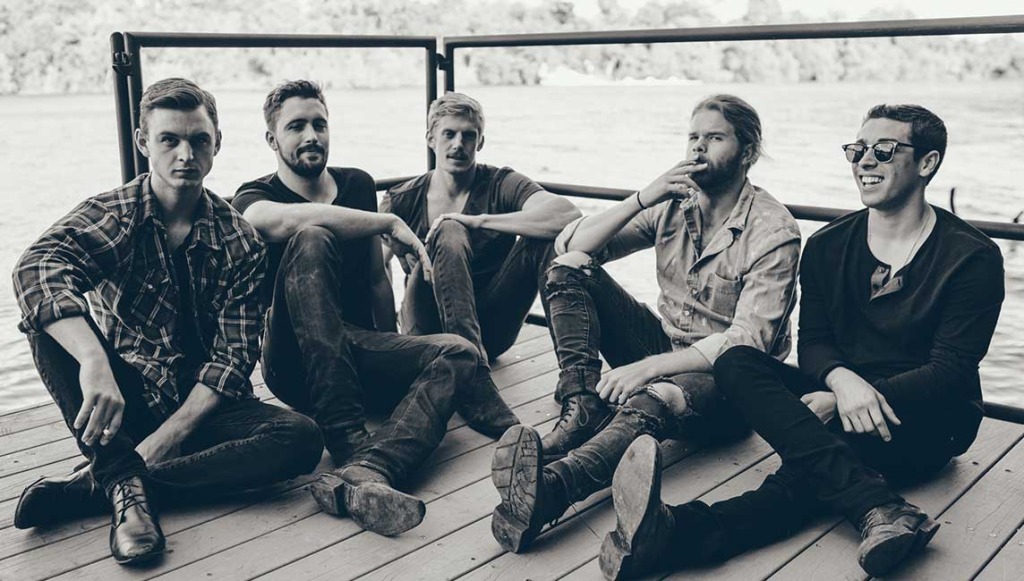 Emerging Austin-based five-piece band THE VANITY come fully loaded—with hooks, depth and attitude—on their debut indie EP STRANGERS. Featuring such songs as “River,” “Cowboy Killer” and “Black & Blue,” the EP is “…full of memorable, guitar-driven melodies laced with the frontman’s powerful vocals,” according to DIFFUSER which premiered the EP in early March 2015. The band–Alex Dugan (vocals), Mic Vredenburgh (guitar), Matt Sledge (guitar), Augie Gmitter (bass) and David Grayson (drums)–has a strong year ahead of them including opening for Cold War Kids on a number dates, performing dates during SXSW and hitting festival stages this summer.

THE VANITY were formed in 2014, digging their heels into Austin’s competitive music scene. “STRANGERS is really the culmination of a lot of work, a lot of hours and a lot of destructive behavior,” lead singer Alex Dugan revealed to DIFFUSER. Collectively, THE VANITY’s musical inspirations are drawn from different styles, merged with the band’s indie rock attitude. “You can also hear some faster paced punk rock styles coming through a couple of our songs, and that’s from our earlier days as kids when punk was everything,” explains drummer David Grayson.

STRANGERS was mixed by Kevin Killen (U2, Bon Jovi, Elvis Costello), produced by Bruce Hughes and mastered by Bob Ludwig. Killen says, “They’re full of high energy, youthful exuberance and intense, catchy songs.” The Texas natives introduce the EP with “River,” a guitar-heavy feel-good track that has an infectious chorus. It was inspired by “letting loose and just having fun while writing music with each other,” says guitarist Mic Vredenburgh. “Lyrically, I was inspired by a relatively dark moment in my life,” admits frontman Alex Dugan. “I guess you can credit addiction, narcissism and a girl that doesn’t need to be named for that.”

Next up, “Cowboy Killer,” an edgy, guitar-driving up-tempo track embracing band’s outlaw bravado, “has to do with drug running along the Mexican border,” says Grayson, who adds, “It has a funky driving up-beat tempo that people can dance to.” STRANGERS closes out with “Black & Blue,” which underlines the band’s ability to craft a mood and deliver a memorable melody with layered guitars.

“We’ve been writing and developing this sound for almost a year now, but it’s time people heard us,” Dugan told DIFFUSER. “I think on a subconscious level that’s why we named the EP STRANGERS, because at the end of the day, we’re all a bunch of f—ing strangers, and we’d love for you to hear our music…and no longer be strangers.”